Today marks the end of my glorious winter break – a splendidly relaxed and pleasant period. Unfortunately, t’was not to last. Tomorrow, although I won’t have to attend the first day of classes, I will attempt to add a CRAP LOAD of hours to help catapult myself further along the FSU civil engineering track.

However, that’s tomorrow, and today is today, so I thought I’d write up a post detailing some of the stuff I’ve done/shot since the last post. 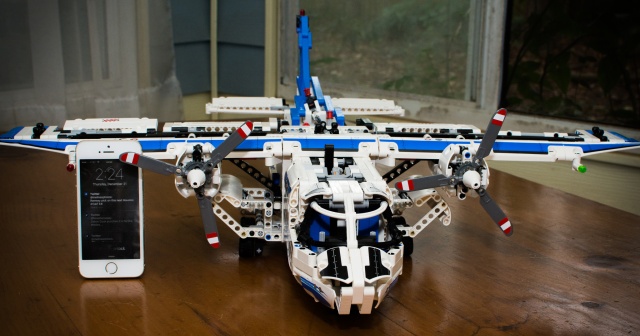 So, my family bought a PlayStation 4 for Christmas, and while it’s great fun, my critical, inventive, engineering brain can take only so much mindless video gaming before it (and I) become restless. And so it happened, one day, while the rest of my family was out and about, working, swimming, et cetera, that I decided that I needed something constructive to do, that would occupy a good portion of my time, intrigue me, and produce something meaningful at the end. And so I bought a 1297 piece Lego Technic Cargo Plane set, and went about building it.

I took a time lapse of the whole process, which you can view below.

It took me roughly ten hours to complete the build, including pausing to eat/drink/charge batteries/use the facilities…I quite enjoyed the build process, and both learned several things, and had several [what I think are] interesting thoughts. Enjoy them, in a (relatively un-ordered) bulleted list: 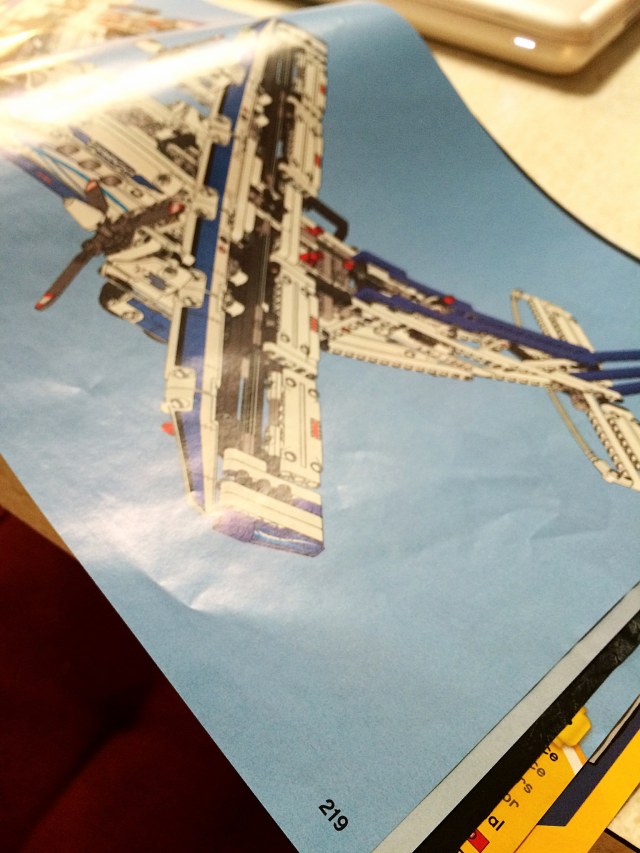 And then a note on how I shot and assembled the time lapse:

I started out with the time lapse function of the D4, where it times and triggers the pictures, and then stitches them all together into a 24p video. Around 11:00 PM I got REALLY tired of the shutter tripping, and decided to just shoot 1080p video and speed it up in post. I did this with both cameras, and ended with two time lapses shot on my iPhone 5s, until that died too.

Post production-wise, I imported everything into iMovie, tweaked some exposure stuff, put it all in order, added transitions, adjusted the speed of the pure video, and then exported. The original set of videos was 20+ gigs, and this export was ~10.

I then imported the smaller .mov file back into iMovie, sped it up even more, and added music. The final product was ~3 gigs. 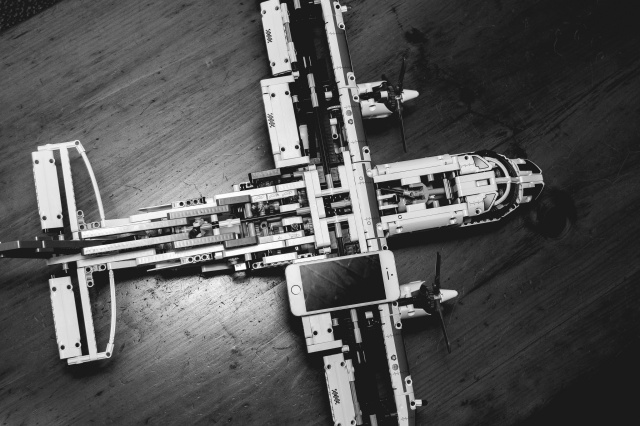 With iPhone 5s for scale…It also had several AWESOME motor functions, including two clutches (one of which is circled in red)

Landing gear that raise and lower, control surfaces that work, and tons of other little details. 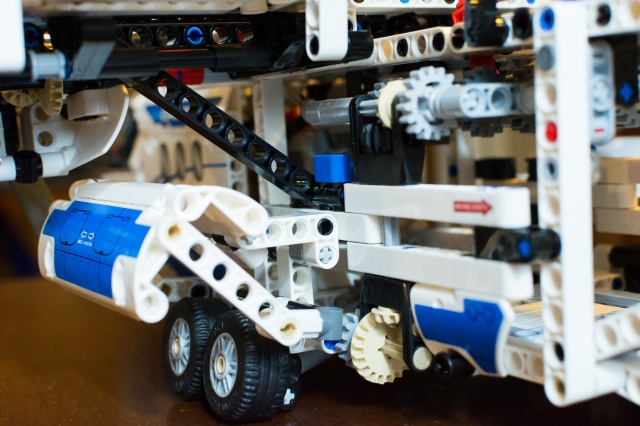 Overall, I’m not sure it was worth the $150 I spent on it (but DAMNIT! I’m an adult! I do what I want!), but it was enough to intrigue my brain for ten hours, provide me with something constructive to do, inspired some photography education, and “wowed” the engineer inside of me.

Yesterday, I got to shoot FSU Men’s Basketball again, for the second time. I didn’t get NEARLY as many keepers as the week before Christmas, but this was a HUGE game, and the atmosphere was incredible.

As I’ve said before, I’m not a huge fan of basketball, but the Tucker Civic Center was probably 90+% full, and I was more cramped with other photo/videographers than I’ve ever been before. I submitted all of my photos to the sports information director (SID), but he chose not to use them for the album after the game (and we lost…so who really cares), so I thought I’d share a small selection here on the blog, rather than dump them (and have the quality dumped on) on Facebook. 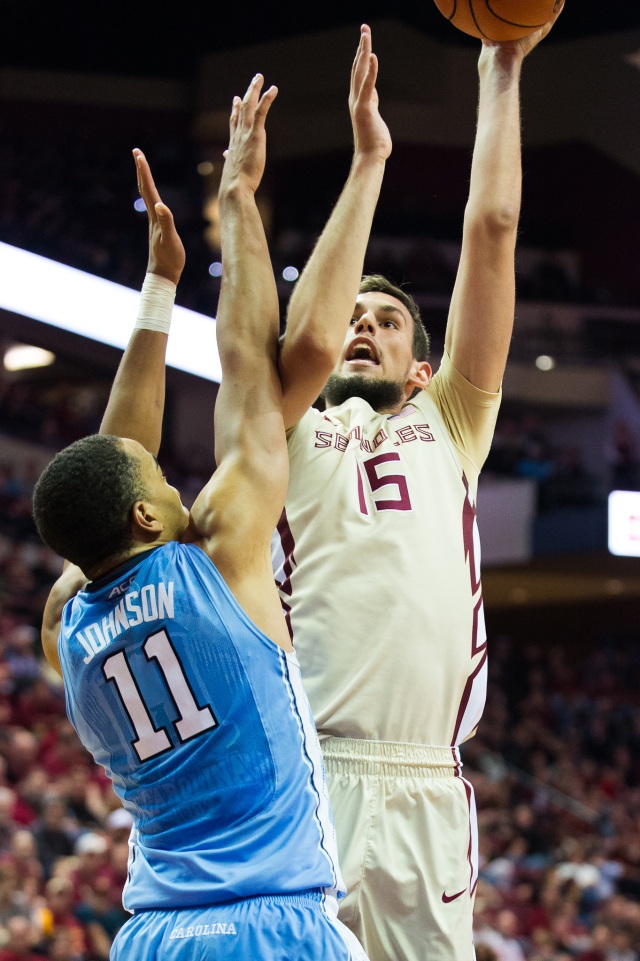 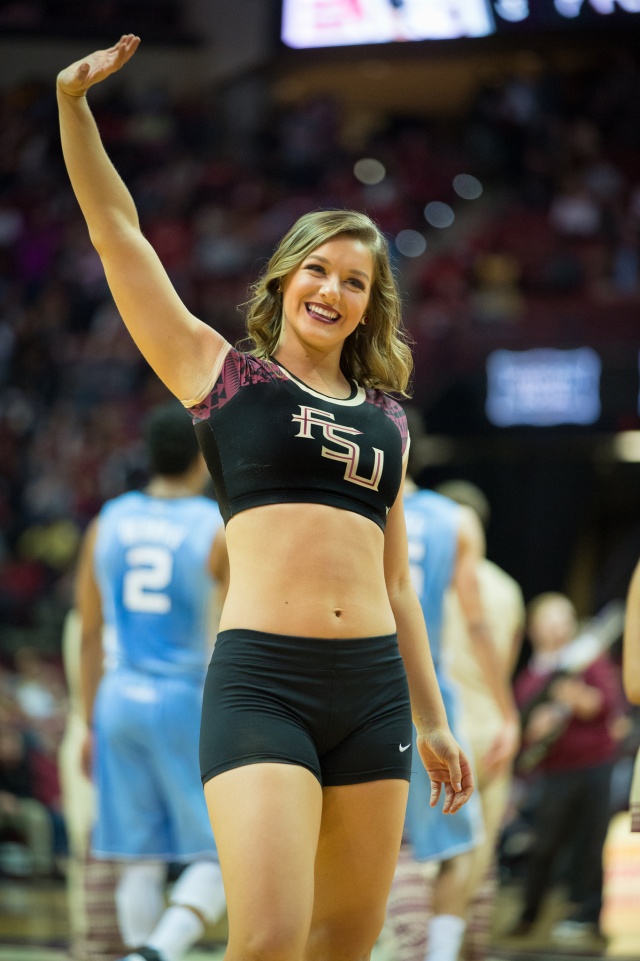 ^Look at the emoji posters the crowd is holding! It’s a poop!

^And a pregame selfie…

These are only about 1/3 of the final batch of keepers, and they’re certainly not the best basketball images ever, but I was relatively pleased, I got to sit with some very talented photographers – from whom I learned a lot, I got additional collegiate sports experience, I supported my school, and honestly, I have to thank the SID, who very graciously offered me access for the Charleston Southern game the other week when I emailed him on a whim, and then offered me access to this game, which is probably the largest game the team will have all season. I will probably return to the Tucker Center this season and shoot a few more basketball games, and hopefully produce some outstanding shots!

Mixing up chronological order a bit (ugh, not usually how I roll on the blog, but oh well, I’ll be different today…), I took a leisurely bike ride around town on Saturday, and saw a tasty little bit of graffiti, and thought I could make a cool frame with my bike, and document my afternoon ride a little… 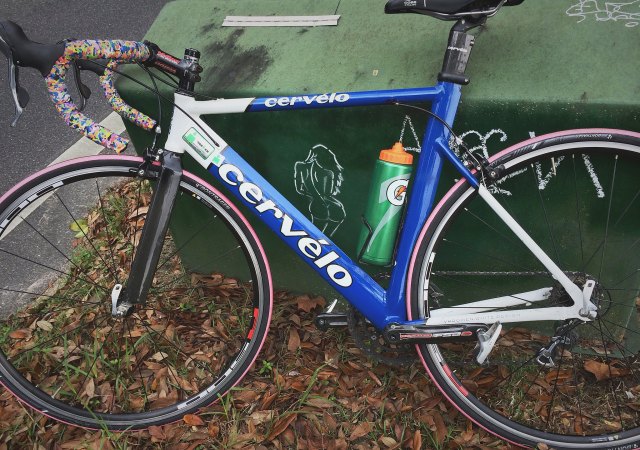 Then yesterday, prior to the basketball game, I headed over to campus to speak with an advisor, and my photographer’s eye was working, and I snapped this iPhone picture…

And finally today, I needed a bit of exercise, and I happen to enjoy casual rides in the cooler weather – I don’t sweat as easily – so I decided to commute to the pool for coaching on my bike! However, it got cooler, quicker than I had expected, and after I finished working, I decided I needed a warm drink to inspire my ride home, and so I stopped at Starbucks and grabbed a hot chocolate. I also felt like I needed to take full advantage of the fact that I had no responsibilities today, since school hasn’t started back yet, and I took my time riding home so I could stop, make use of the fantastic GorillaPod I got for christmas, and take a long exposure with the bike in it. …And no, I don’t carry a DSLR with me everywhere, but if I can, I try, and I knew ahead of time that I wanted a picture on the commute tonight.

And, as per usual, I hope you stuck with me through the entire post, and if you’re a tl;dr person, I hope you at least enjoyed the pictures. This might be the last time you get an extended post for a while, as this is school-dependent, but I will for sure continue shooting any and everything I can get my hands on, time permitting, so that it doesn’t inhibit schoolwork.