A couple weeks ago, I was forced to upgrade my trusty iPhone 5s: it would no longer consistently send or receive text messages, would not update my email inboxes, and was crashing and deleting photos that I had taken for work.

I ended up getting an iPhone 7: and it’s been an incredibly leap forward from a few-year-old 5s. Especially the camera — with optical stabilization, an f/1.8 aperture, and an improved front-facing selfie camera, I’ve little to complain about with the my new always-near pocket camera. But it’s still nowhere close to DSLR-quality.

HOWEVER! My girlfriend Madison upgraded her phone (a similar 5s to mine, but with sever battery issues and issues crashing/restarting) to an iPhone 7+, which sports dual rear-facing cameras, and the “depth effect” “portrait mode” feature.

This is a much-touted feature that uses a telephoto lens and artificial intelligence software to detect what the focal point of the image is, and then attempt to organically blur the background out like on a portrait-oriented DSLR lens.

And let me tell you: surprisingly, it does a pretty damn good job. 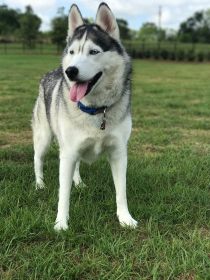 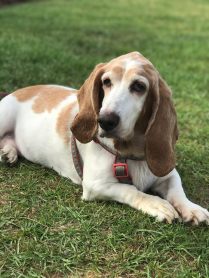 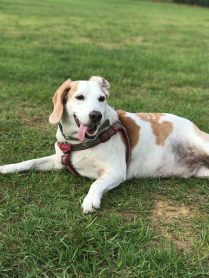 It does resemble a 50mm or 85mm lens on a full frame DSLR, but the background isn’t as blurry. It’s definitely WAY blurrier than the normal camera on an iPhone or comparable smart phone, but still not A) as sharp as a DSLR, B) not as blurry as a DSLR, and C) not as reliable as a DSLR.

But for most “normal” users, it’s a dream come true.

For most people, taking photos with a blurred background is a static task. They’re probable sitting or standing in a restaurant, bar, or moving very slowly. This is good, since portrait mode focuses and takes the image VERY slowly. Anything more than a slow, meandering walk will probably through the software into a tizzy. In addition, unlike a true “fast” aperture lens on a DSLR, portrait mode actually requires more light to work then the normal lens. This is a combination of the software at work, and the slower telephoto lens that is used. So expensive DSLR and interchangeable lens systems: you’re not out of a job…yet.

With the cons the cons of portrait mode already listed above, and a 12mp sensor that is a much lower resolution with lower image quality than most “real” camera systems, people who have spent thousands on professional gear shouldn’t worry, too much. These are still superior technologies to the Apple iPhone, but the impressive technology behind portrait mode should make photographers of all kinds think: as an already impressive technology that’s still only a beta, how can we professionals continue to set our work apart in ways that don’t JUST rely on a blurry background? Because previously, that sort of artistically blurred rendering was something a public plebeian couldn’t achieve without investing money and time into buying and learning a real camera system, or paying a professional photographer. Now, it’s available, and sitting in the pockets of millions of people around the world. According to Flickr, the iPhone has been the #1 camera for a couple years now, and I can’t imagine that trend subsiding. I’m impressed by the tech available in iPhones today, and I know it’s certainly had me thinking about what I need to do to make sure I don’t fall out of relevance as a pro anytime soon.